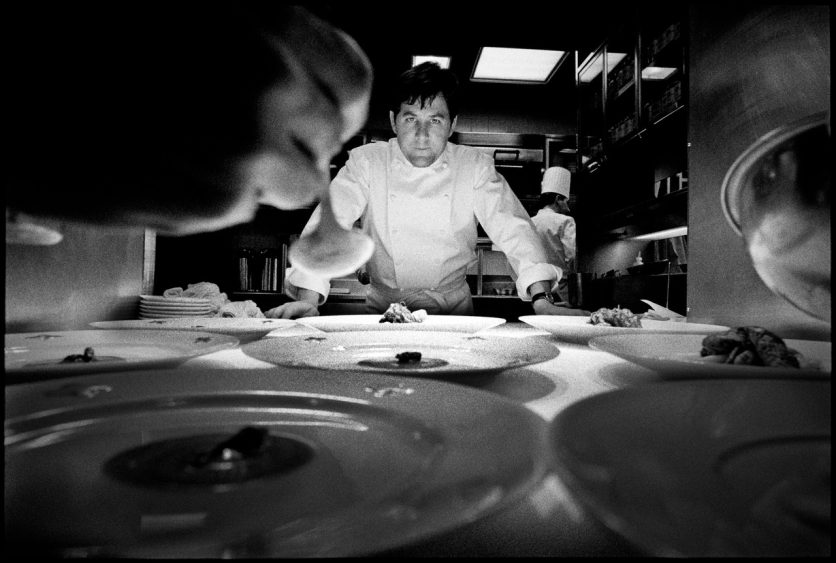 What better way to prepare for Thanksgiving than with a slice from a movie about a renowned chef? We have an exclusive sample from Love, Charlie: The Rise and Fall of Chef Charlie Trotter, the documentary directed by Rebecca Halpern that examines the complicated life and career of a chef who put Chicago on the map as a center of culinary excellence.

In a review in the Chicago Sun-Times, critic Richard Roeper commented, “…[T]he documentary Love, Charlie stands as the definitive look at the man’s life and times. Neither hagiography nor cold-plate dish, this is a solidly researched, well-photographed, crisply edited film that chronicles Trotter’s life with journalistic integrity, while providing fascinating glimpses into the ‘foodie’ culture of the times, in Chicago and around the world.”

Grant Achatz, Emeril Lagasse, and Wolfgang Puck are among the luminaries who appear in the documentary, remembering their fellow chef and restaurateur who died suddenly in 2013 at the age of 54.

What Made Chef Charlie Trotter A Star

“Before the Food Network and social media, Chef Charlie Trotter revolutionized global cuisine,” the website for production company Oak Street Pictures notes. “He was a rock star among the first generation of celebrity chefs, but his meteoric rise came at a price. With exclusive access to never-before-seen archival material, Love, Charlie reveals how his pursuit of excellence ultimately consumed him, with devastating consequences.”

In the film, Gordon Sinclair — Trotter’s first employer in the restaurant business — recalls hiring him as a busboy. “He was very focused on doing well in everything that needed to be done. That’s a rare quality.”

“He had amazing hands,” chef Carrie Nahabedian, one of Trotter’s early mentors, observes in the exclusive clip. “Chefs, by nature, we’re touchy-feely people because we’re used to touching food, we’re used to handling everything… You always seem to be handling something with your hands. It was just something that I picked up from Charlie right from the very get-go. I felt like, ‘He’s very special. I like him.’”

Watch the exclusive clip above.