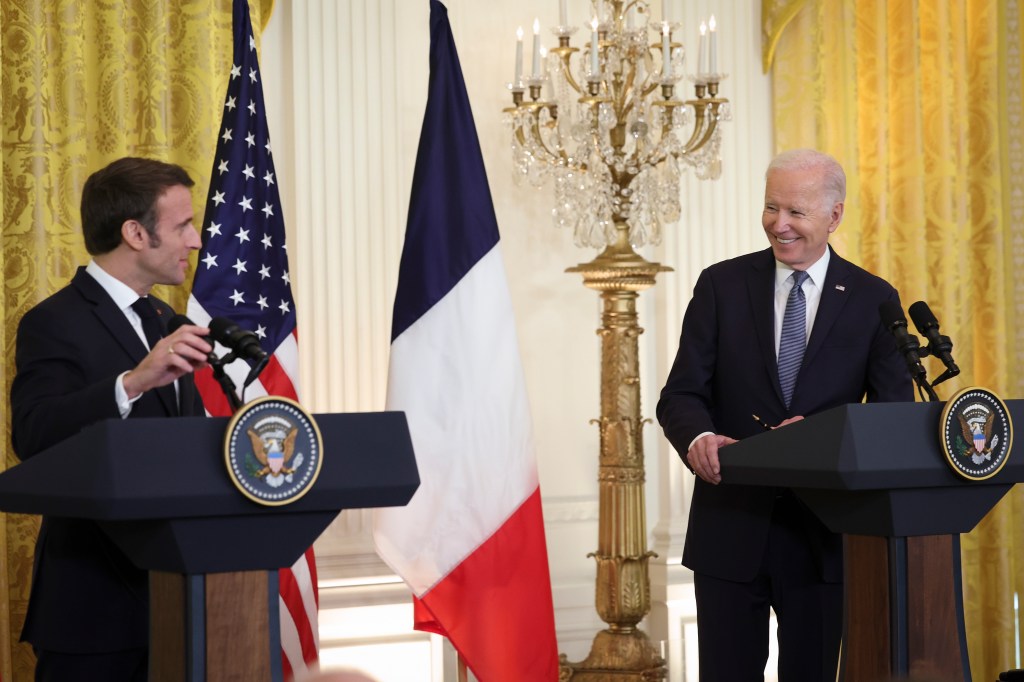 John Batiste, Colbert’s former bandleader, is scheduled to perform at the event, which is Joe and Jill Biden’s first state dinner of their presidency. Not on the guest list was one rumored invitee: Beyonce.

“Very excited,” Louis-Dreyfus said to reporters as she entered the event with her son, Charles Hall.

House Minority Leader Kevin McCarthy, hoping to be the next speaker when Republicans take control of Congress, was asked by a reporter what it will be like to dine with Hunter Biden, the president’s son, who the GOP has pledged to investigate.

“Well, I’m at dinner with my mom so we’re going to have a great time,” he said.

The full list of expected guests, via the White House, is below:

THE PRESIDENT AND DR. BIDEN

HIS EXCELLENCY EMMANUEL MACRON, PRESIDENT OF THE FRENCH REPUBLIC AND MRS. BRIGITTE MACRON

Mr. Emmanuel Bonne, Diplomatic Advisor to the President of the Republic and Sherpa to the G7 and G20, French Republic

Mr. Walid Fouque, Advisor for Asia, the Americas and Oceania

The Honorable Rufus Gifford, Chief of Protocol for the United States, U.S. Department of State

His Excellency Philippe Franc, Chief of Protocol to the French Republic

Admiral Jean-Philippe Rolland, Chief of the Special Military Staff of the President of the French Republic

The Honorable Louisa Terrell, Assistant to the President & Director of the Office of Legislative Affairs & Mr. Alan Field

The Honorable Annie Tomasini, Assistant to the President & Director of Oval Office Operations