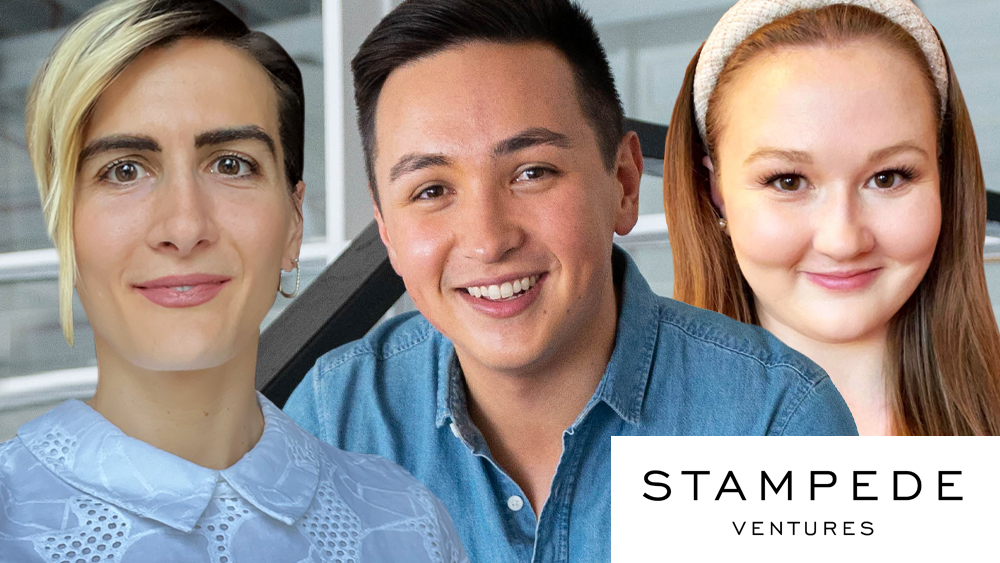 Both Fano and Torre have been with the global media company since its inception. Mysko, meanwhile, rapidly worked her way up at Stampede after joining the company as an intern.

In her new role, Fano is overseeing Stampede’s social, marketing, PR, and brand collaborations, as well as all of its Joint Venture partnerships including HappyNest, the JV with UTA that incubates and produces animated kids and family content. Fano will also be managing creative operations under CEO Greg Silverman and spearheading new hires and onboarding, reporting to both Silverman and President Chris Bosco.

Torre will continue his path in production and development, while packaging and produce feature films. His focus is on working with Stampede’s creative team to find untold stories with a focus on diverse voices, like the recently announced Anderson .Paak film K-POPS!, as well as building out scripts, and packaging with cast and directors. He reports to Silverman and President of Production, Jon Berg.

“Both Cara and Grant have proven they are on the fast track to leadership, and we’re more than happy to open that door for such strategic and creative individuals,” Silverman told MovieSlay. “We at Stampede Ventures are dedicated to investing in our talented employees, and can’t wait to see what’s next for these powerhouses.”

“Amelia is a smart and savvy colleague who embodies the values of Stampede Ventures every day,” added Sarni. “Her hustle and taste are evident in our slate, and we are thrilled to recognize her work in the International group and support the tenacity which serves our partners around the globe.”

Previously serving as Stampede Ventures’ Chief of Staff, Fano is a co-producer on the upcoming comedy Space Cadet starring Emma Roberts. She started her career at Warner Bros as an assistant to Silverman — who at that time served as its President of Creative Development and Worldwide Production — and upon his departure to launch Stampede was elevated to story editor, and later Director of Development of Film and Television.

Prior to his Stampede promotion, Torre served as the company’s Director of Development. Current projects for the newly elevated exec include the Netflix animated musical Prince of Port au Prince starring Wyclef Jean, as well as Space Cadet, a project on which he’s worked from pitch to production, where he serves as co-producer.

Mysko last worked as a Manager at Stampede Ventures, having started at the company as an intern after moving to the U.S. from Australia. She’ll now look after development in multiple territories, including Australia, New Zealand, the United Kingdom and Western Europe.