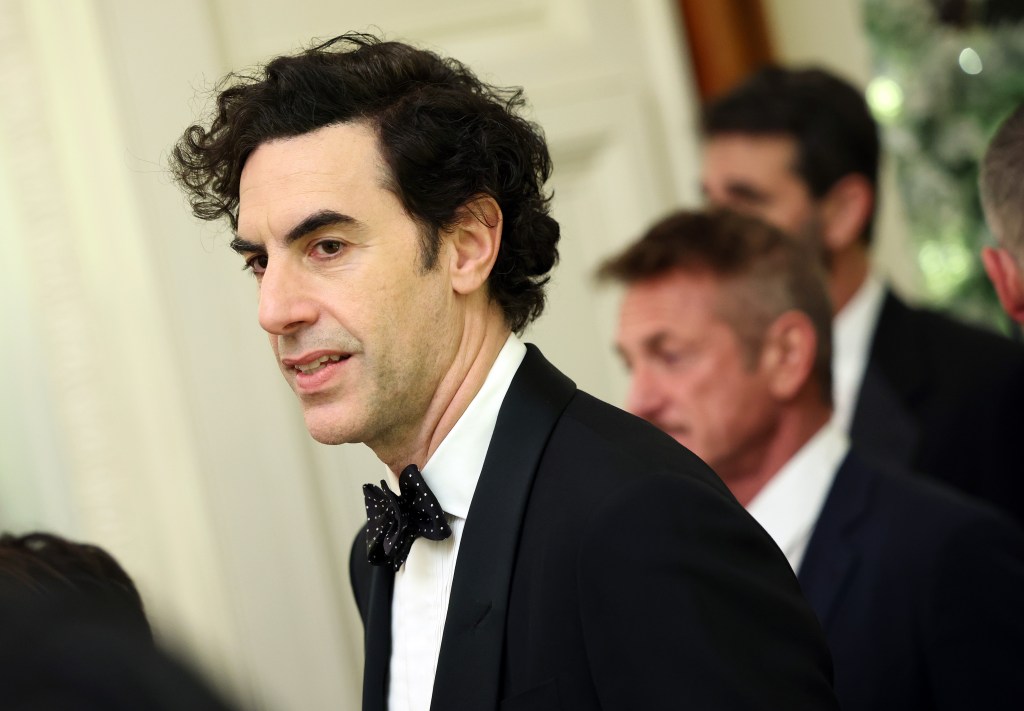 There was much talk in the Kennedy Center Honors after-party about one of the standout moments from the three-hour-long ceremony on Sunday: Sacha Baron Cohen’s return as Borat as part of the tribute to U2.

Cohen, who has been highly critical of the spread of antisemitism on social media, used the appearance to skewer Donald Trump and Kanye West.

As Borat, Cohen pointed to the president of the United States in the audience.

“I am told the president of U.S. today is here. Where are you Mr. Trump? You don’t look so good.” The cameras caught a laughing Joe Biden, sitting in the presidential box with Jill Biden.

“Where has your blown ass big belly gone? And your pretty orange skin without fail,” Borat said.

Borat then went on, “I must say I’m very upset about the antisemitism in the U.S. today. It’s not fair. Kazakhstan is the number one Jew crushing nation. Stop stealing our hobby. Stop the steal. Stop the steal.”

That, of course, was a reference to Trump and his conspiracy theories about the 2020 presidential election.

“Your Kayne. He tried to move to Kazakhstan and even tried to change his name to Kazakhstan-ye West. But we said no. He’s too anti-semitic even for us.”

While the humor was pretty typical for a Borat movie, it was a bit more daring for a Kennedy Center Honors ceremony.

Borat then paid tribute to U2 by referring to the group as “Me Too.” After reading a message from his parents in the Kazakh language, Borat explained, “It translates to mean ‘Please remove your wretched album from my new iPhone 6.” That was a reference to the 2014 release of U2’s album to all iTunes customers, triggering some upset from users upset that it showed up in their catalogs without their consent

Borat finished his segment by telling the president that he hoped he enjoyed the routine. “It is my wish to pleasure you with by mouth.”