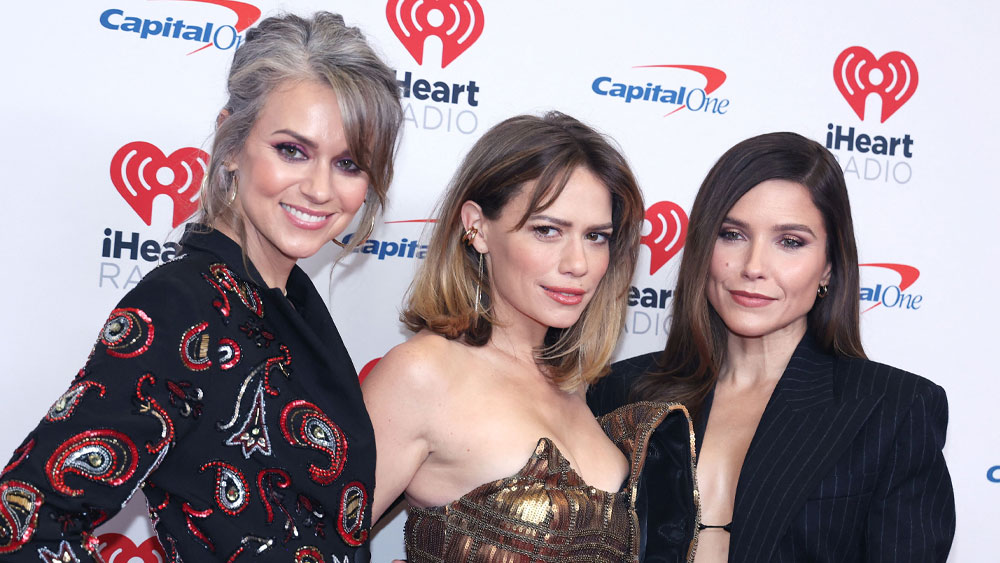 Hilarie Burton and Sophia Bush, former stars of One Tree Hill, are opening up about the drama behind the scenes on the racy Maxim magazine cover. The actors revealed that they were pressured and threatened into posing for the publication.

In the newest episode of their Drama Queens podcast, Burton and Bush talked about the episode where the latter’s character Brooke takes photos of Danneel Ackles’ Rachel for Maxim.

“I have specifically pulled aside and told that our male numbers in viewership skyrocketed when [my character] Peyton got her ass kicked by Derek,” Burton said. “So what you’ll see, there’s a pattern on our show, where, either violence towards women or super sexualized situations, there’s gonna be an uptick in that because they were really hot to capture the male audience. That was really frightening to me, but I had to be a good sport about it … They were trying to get the dudes for sure. They couldn’t do it with basketball, so we’ll punch a girl in the face.”

Bush jumped in and added, “I know they weren’t trying to solicit basement bullies on the internet, but they saw that a lot of young men were drawn to a violent assault of women and they went, ‘We should do more of that.’ Not, ‘Uh-oh.’ They were like, ‘Maybe we should do more! Maybe we should make the girls do Maxim and tell them they’ll get fired if they don’t!”

The Love, Victor alum said that her character Brooke “had been so sexualized on the show” she wasn’t keen on doing the racy photos.

“I literally got told, ‘If you do not go and shoot this cover with your co-stars, we will guarantee you that you will never be let out for a press day, a movie, an event, any of your charities. We will keep you here forever,’” Bush said.

Burton recalled being told by One Tree Hill creator Mark Schwahn that other similar shows had been gracing the cover of other magazines while they had not, adding, “It was very much a, ‘No one else wants you, the studio wants to cancel your show, if you don’t start to generate some buzz and attract these male numbers, we’re dead and all your friends are going to lose their jobs.’”

Co-star Bethany Joy Lenz weighed in saying that she was left out of the cover shoot and “replaced” with Ackles.

“We were all pitted against each other and here’s a great example,” Lenz said. “They told me that they didn’t come to me because I was too fat and I just wasn’t a hot girl on the show anymore.”

Bush also noted that Lenz was used as a scapegoat to coerce the other actors to agree to do the photo shoot.

“They go, ‘Well she said no, so you have to say yes. She said no first,’” Bush said. “They scapegoated you to tell the three of us we couldn’t say no… We weren’t mad at you but we were pissed about it.”