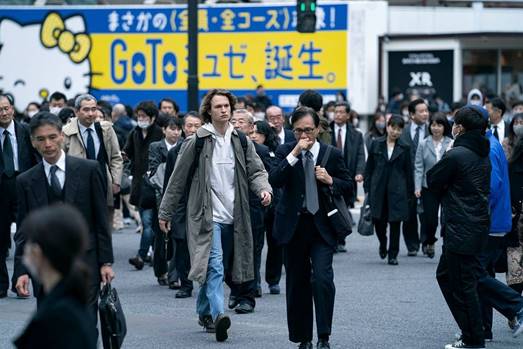 “Public media stocks are down 40-ish% since the start of the year and that’s created some pressure,” he said. “We’ve all seen the pressure on media companies, but for us, we see that as much as an opportunity as a challenge.

“I don’t think we will see a collapse in shows being bought. It’s strange to hear a Brit being optimistic but we feel unbelievably excited by what challenge can bring to the market and what that can mean for co-productions with networks who were before looking to fully own something.

We’re very purposely in lots of different segments because we’ve weathered a lot of these cycles before.”

He said it was possible the number of shows in the $15M per hour region would reduce and be replaced by others in the $5M region, and that focus might switch from scripted to non-scripted.

“If you didn’t have a looming recession and stock market problems, I’m not sure it would have led to collaboration,” he added.

His comments, made during a keynote interview at Content London, are a positive spin on a challenging time for media companies. Just this week, the likes of Warner Bros Discovery’s CNN and AMC have confirmed significant cuts, and many others are tightening their belts.

Rice said LA-based Fifth Season, which was formerly known as Endeavor Content before its sale to Korean media giant CJ ENM, had initially been created on two premises — the “full merger of film and TV” and the U.S. opening up to non-American content — and that this approach, added to a focus on “leaning into difficult projects” meant the company is well set exploit the new market conditions.

“Whether it’s Netflix moving into AVoD models or more openness from other companies around windowing, the business will trend towards what it was [before]: managing brands inside these platforms, and exploiting these brands through all of the available windows,” he added. We might not have had the conversation 18 months ago but we’ve had that conversation evet month since we started.”

Fifth Season’s co-production slate includes shows such as Severance, See, Killing Eve, The Night Manager, Tokyo Vice, Normal People and upcoming projects such as Alma Har’el’s Lady in the Lake starring Natalie Portman for Apple, Amazon’s first Australian original The Lost Flowers of Alice Hart, and films such as The Lost Daughter, Cha Cha Real Smooth and Tom Brady’s 80 For Brady. Earlier this month it put How to Survive Everything, a co-pro with Made Up Stories and Kindling Pictures, into development.