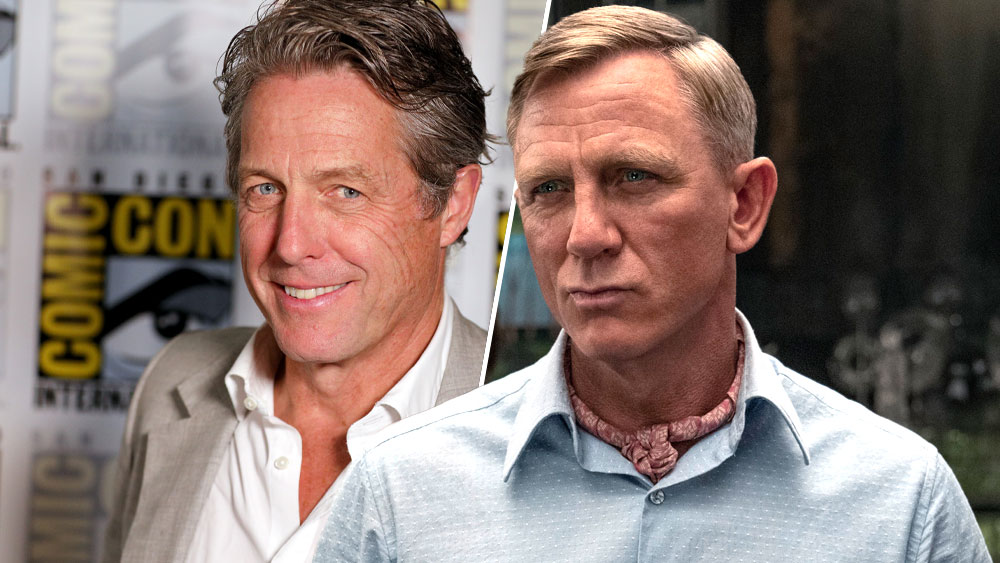 The cat is out of the bag and Knives Out fans got a glimpse into the mysterious life of Daniel Craig’s Benoit Blanc in Rian Johnson’s Glass Onion: A Knives Out Mystery.

In the sequel, viewers are able to see a glimpse into Blanc’s home life and Hugh Grant makes an appearance as the detective’s husband named Philip.

“It is true, I’m married to James Bond,” Grant said in an interview with Collider. “It’s the tiniest little moment. I don’t really know why they wanted to do it but anyway, I thought Knives Out 1 was brilliant, and so yeah, I thought why not? I turn up for a few hours…”

There’s been interest from fans in having a prequel showcasing Blanc’s origins but director Johnson has fought hard to keep his films self-contained and rather get creative in showing glimpses of the detective’s personal life. Johnson recently lamented Netflix adding Knives Out into the title of the sequel.

“I’ve tried hard to make them self-contained. Honestly, I’m pissed off that we have A Knives Out Mystery in the title,” Johnson told The Atlantic in an interview. “I want it to just be called Glass Onion.”

Johnson continued, “I get it, and I want everyone who liked the first movie to know this is next in the series, but also, the whole appeal to me is it’s a new novel off the shelf every time. But there’s a gravity of a thousand suns toward serialized storytelling.”

Glass Onion: A Knives Out Mystery is now available to stream to Netflix subscribers.