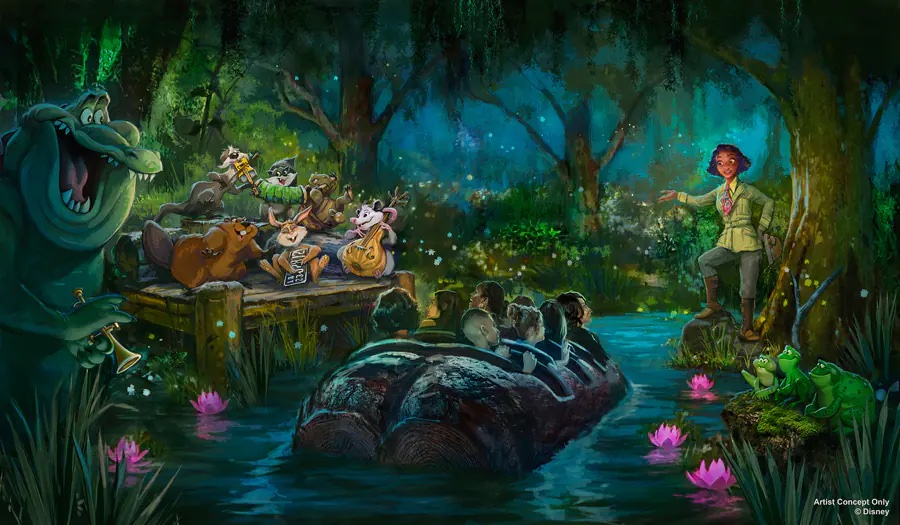 An era will come to an end next month at Walt Disney World as the Florida theme park shuts down Splash Mountain and ramps up work on its replacement, Tiana’s Bayou Adventure.

Disney says Splash Mountain will send its last vessel down the flume on January 23, 2023. A final date for the attraction at Disneyland in Southern California will be set down the line. Tiana’s Bayou Adventure will open in late-2024, though an official date has not been announced.

Carmen Smith, SVP, Creative Development – Product/Content & Inclusive Strategies for Disney Parks, Experiences and Products, confirmed the plans in a blog post. The post also included new details and a “first look” image of the new attraction, which is based on 2009 Disney animated film The Princess and the Frog.

The switch was decided on in 2020. Disney indicated then that it would overhaul and “re-theme” the attraction, sharing the news as protests against racial injustice were roiling the country in the wake of the murder of George Floyd by a Minneapolis police officer. Splash Mountain had been based on the Uncle Remus Br’er Rabbit story in Disney’s controversial 1946 film Song of the South. Imagineers crafting the new attraction are aiming to pay homage to the history and heritage of New Orleans.

Visitors will “join Princess Tiana and jazz-loving alligator Louis during Mardi Gras season as they prepare to host a one-of-a-kind celebration for the people of New Orleans,” Smith wrote. The new image (see it above) captures “the thrilling moment you first drop into the bayou and encounter some friends both new and familiar.” Zydeco music will play as Tiana encounters an otter, rabbit, raccoon, beaver, turtle and other members of an animal band whose members sing and play instruments made of natural materials.

Zydeco, a genre blending different musical styles and cultural traditions, has a larger symbolic role in Tiana’s Bayou Adventure, Smith explained. The company is aiming to have the spirit of the music “reflected in this scene (and throughout the attraction) so that all our guests feel welcome to join in the celebration,” she wrote. “It’s emblematic of what we’re always striving for with our attractions – bringing people of different backgrounds together through timeless Disney stories.”