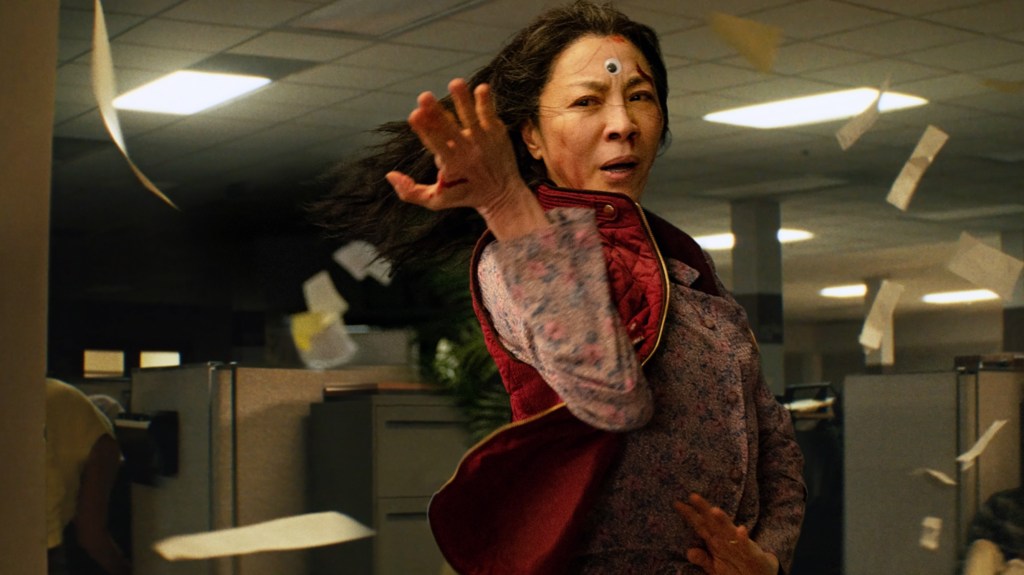 UPDATED, 8:16 AM: Michelle Yeo will receive the International Star Award, Actress at the 2023 Palm Springs Film Festival’s gala in January.

Yeo was picked for her work starring in A24’s Everything Everywhere All at Once, which just scooped up the Best Feature prize Monday at the Gotham Awards. She is the latest to join the fest’s honorees list; the group will receive their honors January 5 in kickoff ceremony at the Palm Springs Convention Center.

In the Daniels-directed Everything Everywhere All at Once, Yeo plays Evelyn, an overwhelmed immigrant mother. When an interdimensional rupture threatens to unravel reality, the fate of the world is suddenly in her hands. The pic, which bowed at SXSW this year, also has eight Spirit Awards noms including for Yeoh and Best Feature.

SXSW Review: The Daniels’ ‘Everything Everywhere All At Once’

She stars in the pic as Lydia Tár, an orchestra conductor considered one of the greatest at her craft and the first female chief conductor of a major German orchestra. Watch the trailer here.

PREVIOUSLY, November 18: Sarah Polley, whose latest feature Women Talking hits theaters in December, has been named Director of the Year by the Palm Springs Film Festival. The honor will be bestowed January 5 at PSIFF’s annual awards gala to kick off the festival’s 2023 edition.

The past two recipients of the Palm Springs director award — Jane Campion last year for The Power of the Dog and Chloé Zhao for Nomadland — each went on to win the Best Director Oscar.

Polley joins fellow 2023 award winner Colin Farrell, who will be given the Desert Palm Achievement, Actor award for Martin McDonagh’s The Banshees of Inisherin.

“Sarah Polley continues her outstanding work as a writer and director in her latest film Women Talking,” festival chairman Howard Matzner said. “She brings together a stellar cast in her adaptation of the Miriam Toews book, taking us on a cinematic journey filled with raw emotions and performances.”

Palm Springs will be rolling out its annual awards list leading up to the festival, which runs January 5-16. Here’s the list of recipients so far: