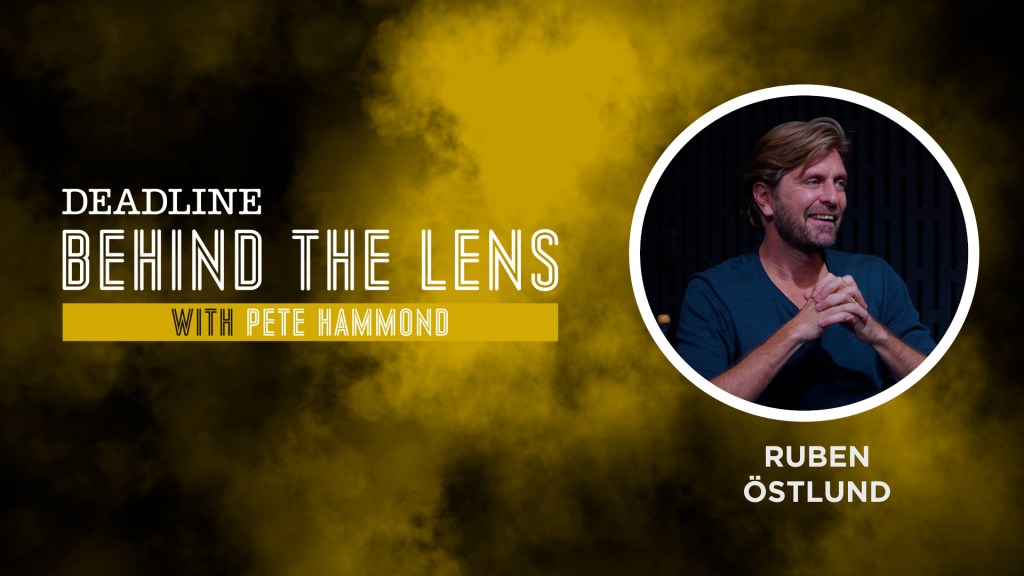 For a guy whose main entry into moviemaking was a series of skiing documentaries, Ruben Östlund has done very well for himself. In a period of just eight years, he has taken the Cannes Film Festival, and subsequently the international film world, by storm — all leading to the Swedish native’s first English-language film Triangle of Sadness, which brought him his second Palme d’Or in just five years. It now has major Oscar buzz.

His first Palme came for The Square in 2017, which also earned him an Oscar nomination for Best Foreign Film. In 2014, he won a jury prize for the Un Certain Regard entry Force Majeure, a movie that sparked such a conversation that Searchlight took the remake rights and it became the basis for Downhill starring Julia Louis-Dreyfus and Will Ferrell.

Östlund joins me for this week’s edition of my MovieSlay video series Behind the Lens, where we discuss his incredible success at Cannes and all that has led to — including this first film not in his native language. With Triangle of Sadness he has opened many new doors, and he talks about the inspiration for it and the socially significant impetus that drives his filmmaking.

To watch our conversation, click on the video above.

Join me every Friday during Oscar season for another episode of Behind the Lens.