Ali F. Mostafa is making a standalone sequel to the hit film ‘City Of Life’ – MovieSlay 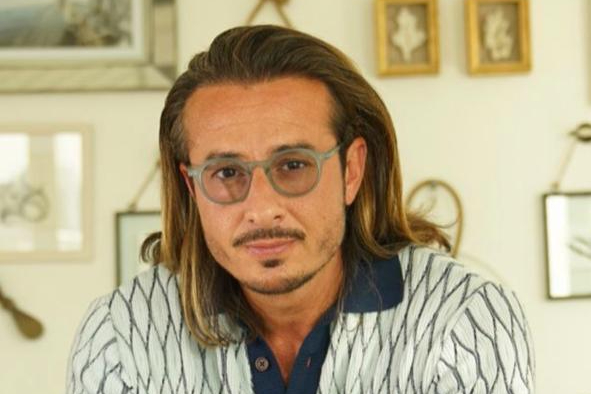 Ali F. Mostafa is making a standalone sequel to the hit film ‘City Of Life’

Emirati-British filmmaker Ali F. Mostafa has revealed he is developing a new feature spinning off his 2009 breakout debut the City Of Life.

Revolving around three characters from different walks of life in Mostafa’s home city of Dubai, the original was a local breakout hit in the U.A.E. in 2009 and it remains one of the territory’s best-known films, both at home and internationally.

“I felt it was time to make a sequel because I started realizing how Dubai has changed so much. From 2009 to where we are today, not only is Dubai structurally, and physically changed, but when you go out you feel it has changed,” said Mostafa.

“It’s a lot more populated. We’re much more open to things we weren’t open to. The region’s changed. There is less censorship in certain areas.”

The director, who is signed with talent agency UTA, was talking to MovieSlay at the Red Sea International Film Festival, where he is showing the horror short Night Shift, about an ambulance worker whose night shift takes a terrifying turn when comes up against a vampire.

Like its predecessor, Mostafa’s new film will revolve around three characters.

They will be a Saudi Arabian high school student who has moved to Dubai for a fresh start after a dramatic event in his life; a Nigerian security guard working in the nightlife world, and a Chinese character, who travels to the city in search of her sister who has been missing for a year.

“Each one of these characters connects, as was the case in the first film, and ends up changing the others’ lives without physically meeting one another,” said Mostafa.

For now, the project is working titled the City Of Life Continuem but the director emphasizes that it will be standalone.

“You won’t have to have seen the first one, but there will be elements with nostalgic value for those who saw the original,” he said.

For example, some of the characters from the original, such as Jason Flemyng who played an advertising exec, could return but fleetingly in the backdrop.

“In the first one, the characters were Indian, Western European, and Emirati. In this new one, we’ll have Saudi Arabia, China and Africa. Five, six years from now, there could be another one with a different set of nationalities. Dubai is made for this,” he said.

“He’s made a few shorts and I asked him to send me a couple of scripts and I was very impressed. We worked on the treatment. It went well and then we worked on the screenplay together,” said Mostafa.

Mostafa is producing the film under the banner of his Dubai-based company AFM Films in co-production with Pan-Arab marketing, sales, and distribution company Mad Solutions, which is also handling international rights.

“Twelves years after it first came out, City Of Life remains one of the Emirates’ most beloved feature films, with a cult status at home. When Ali told us about his plans for the feature we couldn’t resist,” said Mad Solutions co-heads Alaa Karkouti and Maher Diab.

The partners are in talks with potential co-producers in China and the UAE and casting are underway with Mostafa keen to connect with Nollywood for the Nigerian role.

The film will be Mostafa’s fourth feature after the City Of Life, pan-Arab buddy and road trip movie From A To B, and the dystopian drama The Worthy.