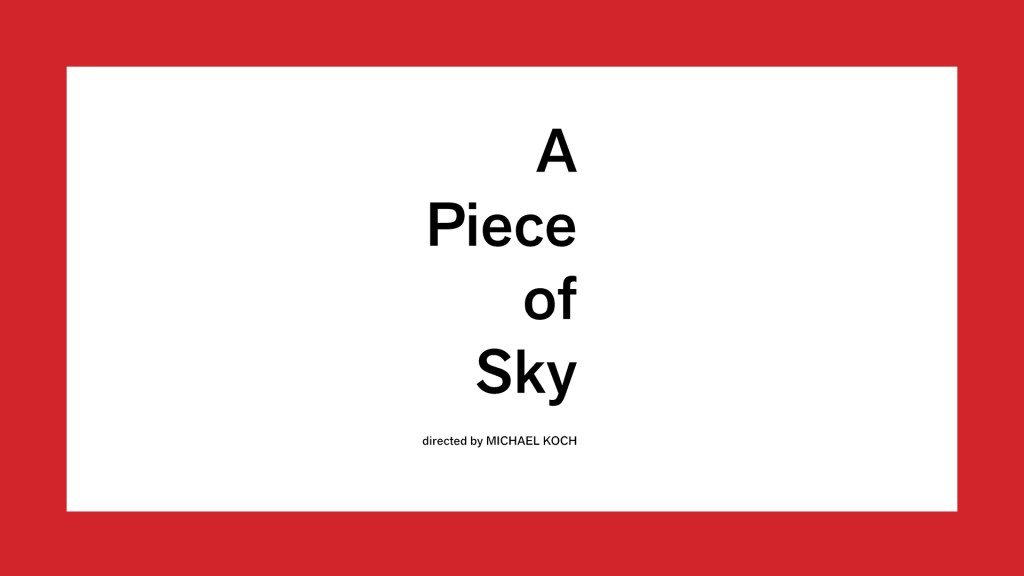 A critical hit at this year’s Berlinale, Michael Koch’s second feature A Piece of Sky is a sober relationship drama with a difference: It takes place in a picturesque Alpine idyll, with its sections interspersed by a folk choir that acts as an unorthodox Greek chorus. Speaking at MovieSlay’s Contenders International award-season event Saturday, Koch explained: “It’s a story about a couple in a remote mountain village who meet and then are put to the test due to a brain cancer that the man has. The film is about how she deals with it, how the couple deal with it, and how strong love can be.”

What’s immediately clear from the film is how authentic it is, with a supporting cast of non-professionals who inhabit their roles without the slightest whiff of artifice. Which is not surprising given Koch’s patience. “We shot it during three different seasons and edited for a year,” he recalled. “It took me, like, seven years to make this movie. While writing the script, I met all these people. I asked them if they’d like to participate in the film, and they did, which gives the film, I think, something really special.”

Koch’s female lead, Michèle Brand, also is a non-professional — but not in the way that you might be expecting. “Actually, I’m an architect,” she said Saturday, “and I read [about the film] in a local newspaper: they were looking for females, for non-actresses. I can’t explain it, really, but I had a strong feeling that I wanted to be a part of this. So I got in touch, and I think I’m one of the only ones who really wanted to be in the movie from the beginning. All the other non-professional actors had to be persuaded.”

Check back on Monday for the full video.