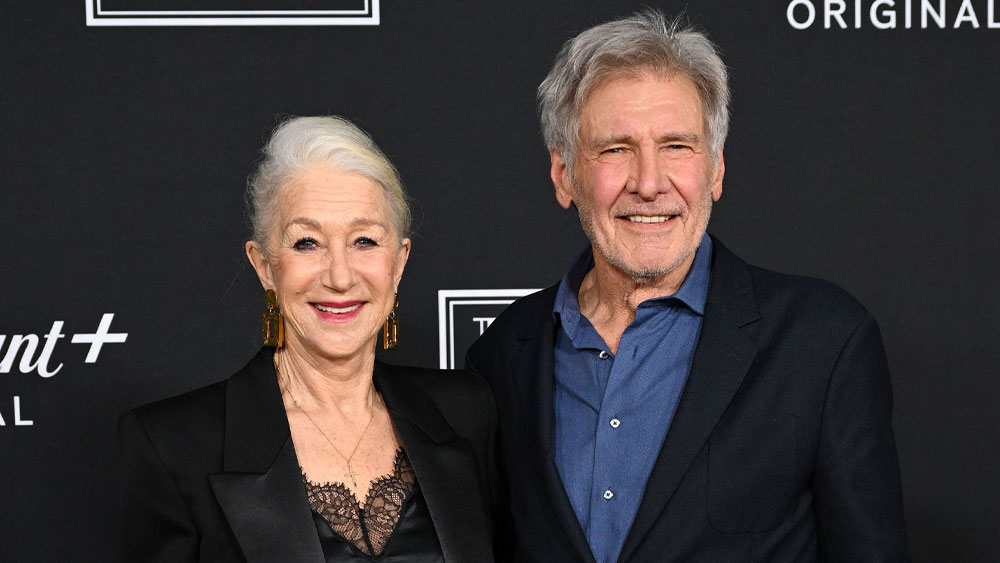 The premiere of 1923, the much-anticipated Yellowstone prequel, took place at the Hollywood American Legion Post 43 last night. Helen Mirren, Harrison Ford, Aminah Nieves, Sebastian Roché and Marley Shelton were some of the stars that spoke to MovieSlay on the red carpet teasing their characters on the Paramount+ series.

Ford plays Jacob Dutton, the patriarch of the Yellowstone ranch. The actor says his rancher character has “unique circumstances with a unique personal history.”

“This is the story of what it has taken to survive, for that person to survive its complicated moral context and it’s a juicy, juicy story and I love it,” he added.

Mirren plays Cara Dutton, Ford’s wife in the Western drama. The Oscar-winning actor sees her character as an “equal partner” to Ford’s Jacob.

“We’re presenting a couple who [in a] relationship [that] when it’s gone that long becomes a partnership,” she said. “And so, they are partners as much as anything, of course, they’re husband and wife but their real kind of equal partners in which you would have to be dealing with that kind of environment.”

Aminah Nieves plays Teonna Rainwater and during the premiere event, she said that being on this show made her relive trauma but ultimately it was important to start the healing process for herself and her family.

Sebastian Roché fell into familiar territory on 1923 playing Father Renaud and during the premiere, he recalled some of his past performances relating to religious figures.

Marley Shelton played Emma Dutton and she talked about what role her character has within the ranch.

1923, the next installment of the Dutton family origin story, will introduce a new generation of Duttons led by patriarch Jacob (Ford) and matriarch Cara (Mirren). The series will explore the early twentieth century when pandemics, historic drought, the end of Prohibition and the Great Depression all plague the mountain west, and the Duttons who call it home.

The series will premiere on Sunday, December 18 on Paramount+ in the U.S. and Canada while the U.K. and Australia will see it available on Monday, December 19.